What are School Governors and what do they do for Townfield Primary School?

As Townfield Primary is a Single Academy Trust, our equivalent to governors are called Trustees.  They essentially carry out the same role as a "governor", however have added responsibility to their roles. The Governing Body has a range of duties and powers and a general responsibility for the conduct of the academy with a view to promoting high standards of educational achievement including, setting targets for pupil achievement, managing the academy finances, making sure the curriculum is balanced and broadly based, appointing staff and reviewing staff performance and pay.

The Governing Body has considerable discretion as to how to discharge its responsibilities but is required to constitute itself in line with the regulations and to appoint a Chair and Vice Chair. The Governing Body may delegate certain of its responsibilities to certain Trustees, and as such these individuals form prt of sub committees which deal with specific aspects of school, e.g. Audit & Risk Management, Curriculum, Standards & Buildings, Finance & Staffing, etc.

Responsibilities of the Governing Body
Governing Body personnel are one of the country's largest voluntary groups with around 345,000 school governors contributing to strategic development and raising standards of achievement at over 30,000 schools. All the schools Members and Trustees work on a voluntary basis, sharing with us their invaluable skills and experience for the good of Townfield Primary School and wider community.

Individual Trustees have no power or right to act on behalf of the governing body except where the whole governing body has delegated a specific function to that individual or where regulations specify that a function is to be exercised in a particular way.

Trustees re drawn from different parts of the community, such as parents, the wider community and other professional groups. This helps to ensure that the governing body has sufficient diversity of views and experience, but does not mean that Trustees of a particular category "represent" that group on the Governing Body.

For example, Parent Trustees do not act as a representative of the parents at the school and do not report back to them.   A Trustee with a child in the school may only bring their own considerations to the table to prevent conflict of interst and ensure they act in accordance with their own personal role and responsibility.

As well as these important collective duties, Trustees also develop individual roles and interests.  For example, Trustees are appointed to work with staff and their curriculum area.  The Chair and Vice Chair of Governors have regular contact with school.  The work of the Chair is wide, varied and always stimulating, dealing with issues ranging from the formality of committee business to the pleasure contributing to ensuring an ever improving standard at Townfield for our children.

The honest and completely transparent working relationship established with the Headteacher and staff is greatly valued by the Trustees and is considered an essential ingredient to be found in any successful school. 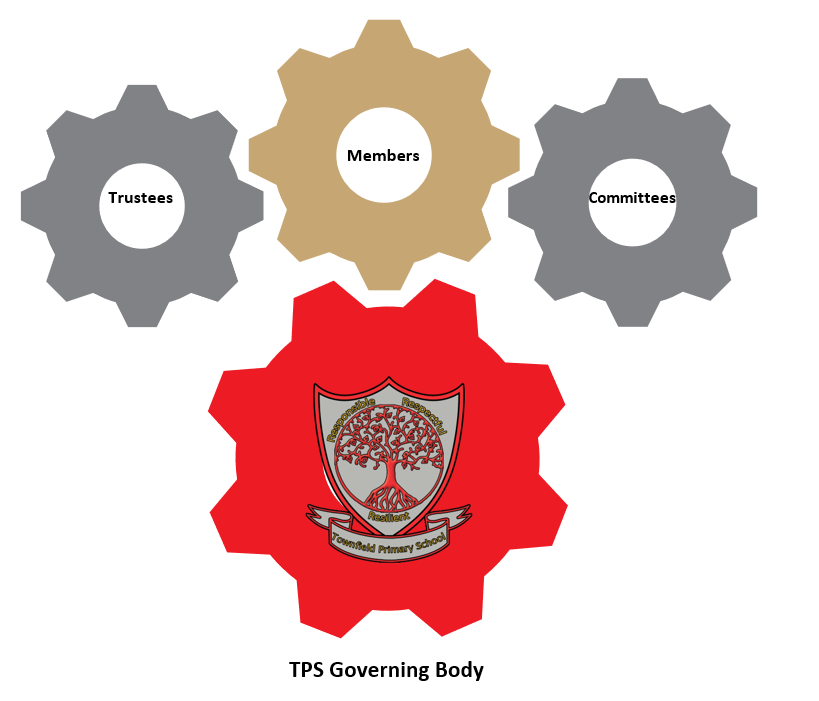 As Townfield Primary is a SAT, the Governing Body Structure is broken down in to 2 tiers; Members and Trustees.  Trustees are also part of specific Committees which have been set out to ensure those with beneficial skillsets are used appropriately and also to ensure internal scrutiny is maintained, as much as possible.   As per the advice of the National Governance Association (NGA) , the Governing Body does not overlap roles of Members and Trustees to prevent any potential conflicts of interests arising.

Who is part of the Governing Body? 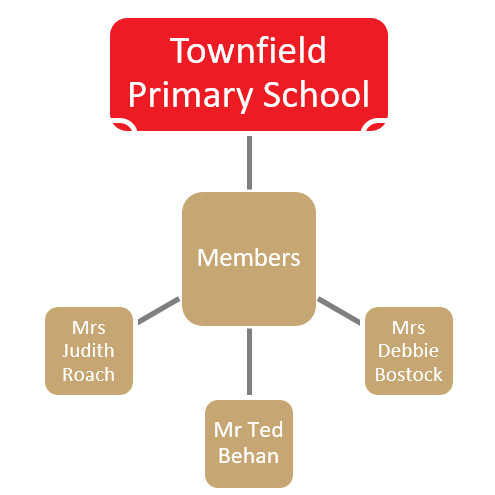 The Members and Trustees are supported by the Clerk to Governing Body.   As well as providing administrative support they also assist and advise the Headteacher and Chair in relation to research, regulations/legislation, policies, Financial Handbook compliance, and governance requirements. 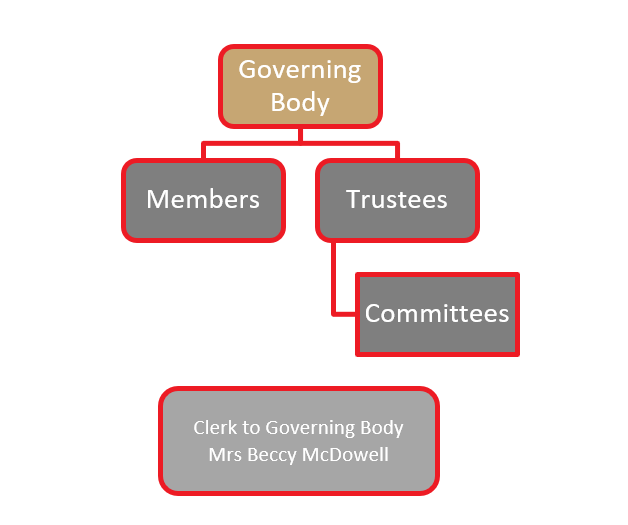 In addition to termly meetings by Trustees, there are individual committees which are set up to deal with specific elements of school dealings.   Trustees are placed on committees which best suit their skillset, so they can use their knowledge and experience to the best possible advantage of school.

Register of Intersts for Accounting Officer

This will be published after our first Full Governing Body meeting of the academic year.

Below is the Scheme of Delegation in relation to how the Governing Body deals with each element of governance and who responsibility rests with to oversee, scrutinise and approve.