At Townfield Primary school, we are committed to providing all children with varied opportunities to engage in detailed studies of different eras, civilizations and periods of history. We follow the statutory content of the National Curriculum for History, adapting it to meet the needs of all our pupils.

At Townfield, we are committed to creating a disciplined, enquiry-based curriculum whereby children are challenged to use key disciplinary  historical skills. It is of the utmost importance that children develop these skills throughout their time at Townfield and topics have been consciously structured to refine and build on these skills. In every lesson of History, children will understand the importance of ‘Thinking like a Historian at TPS’. This will include explicit teaching of the key discipline that the particular lesson will require. These key areas of learning are:

Knowledge and skills are constantly revisited and refreshed to ensure that they become embedded. Moreover, to further their understanding of history, and to enhance their communication in both oral and written forms, subject specific vocabulary is taught explicitly within every lesson.

We have created end points for each topic and milestones for the end of each year to show what pupils should know and should be able to do. These are assessed against at the end of each unit.  As the children revisit each strand, either in the same year or in subsequent years, their teachers will know what prior learning should have taken place. These milestones have been created to ensure a meaningful progression of skills across the school.

Year 2 have been learning about the Great Fire of London. In these images, the children were using the primary source of a Samuel Peyps' diary entry to find out what London was like during the time of the great fire of London. They considered the similarities and differencnes between modern day London and the time of the fire.

Year 3 have been studying the rise of the Roman Empire. They have focused on the hierarchy within the ranks and the difference between legionaries and auxillary soldiers. As well as this, they have been learning about the Roman invasion of Britain and how it actually took 3 separate attempts before the job was completed! 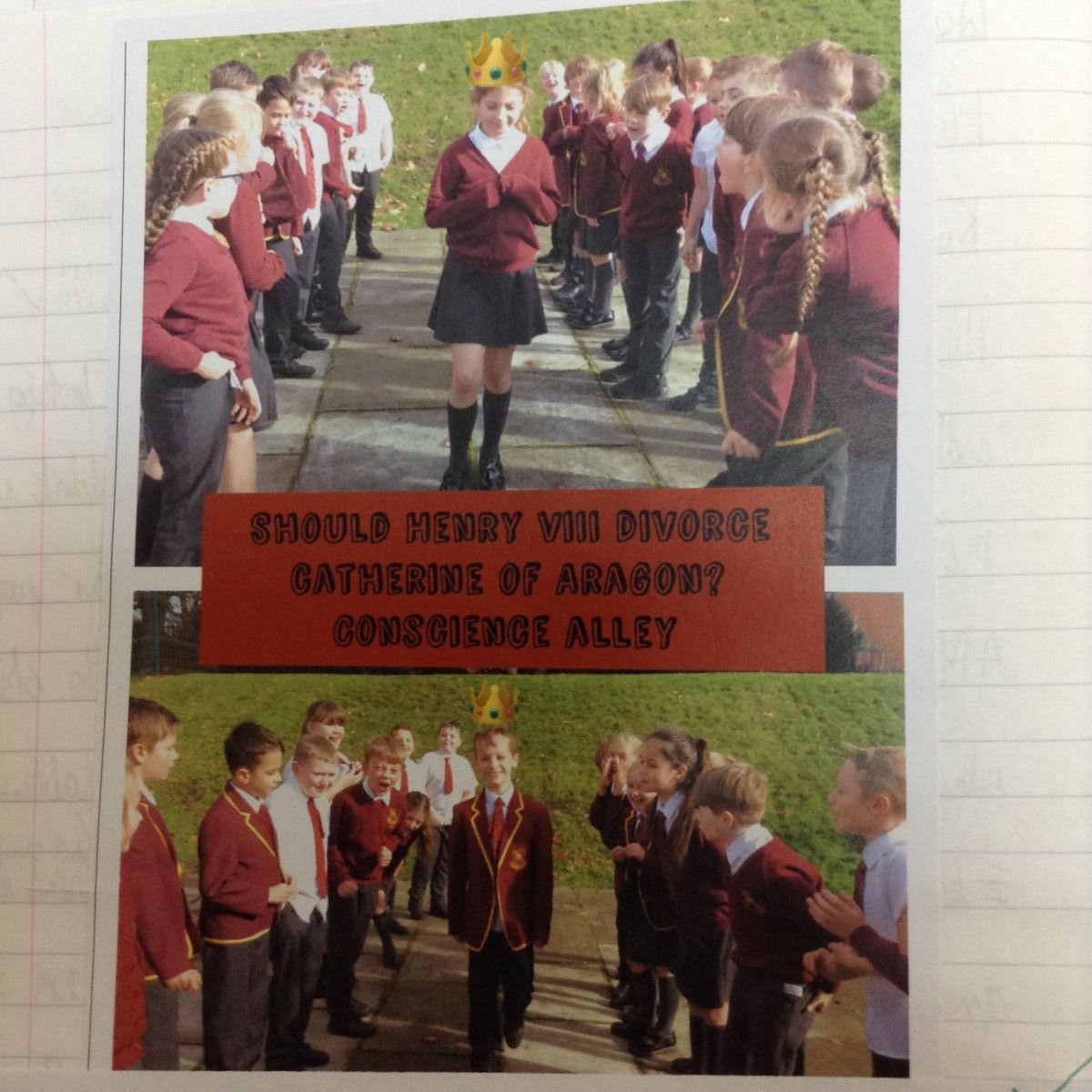 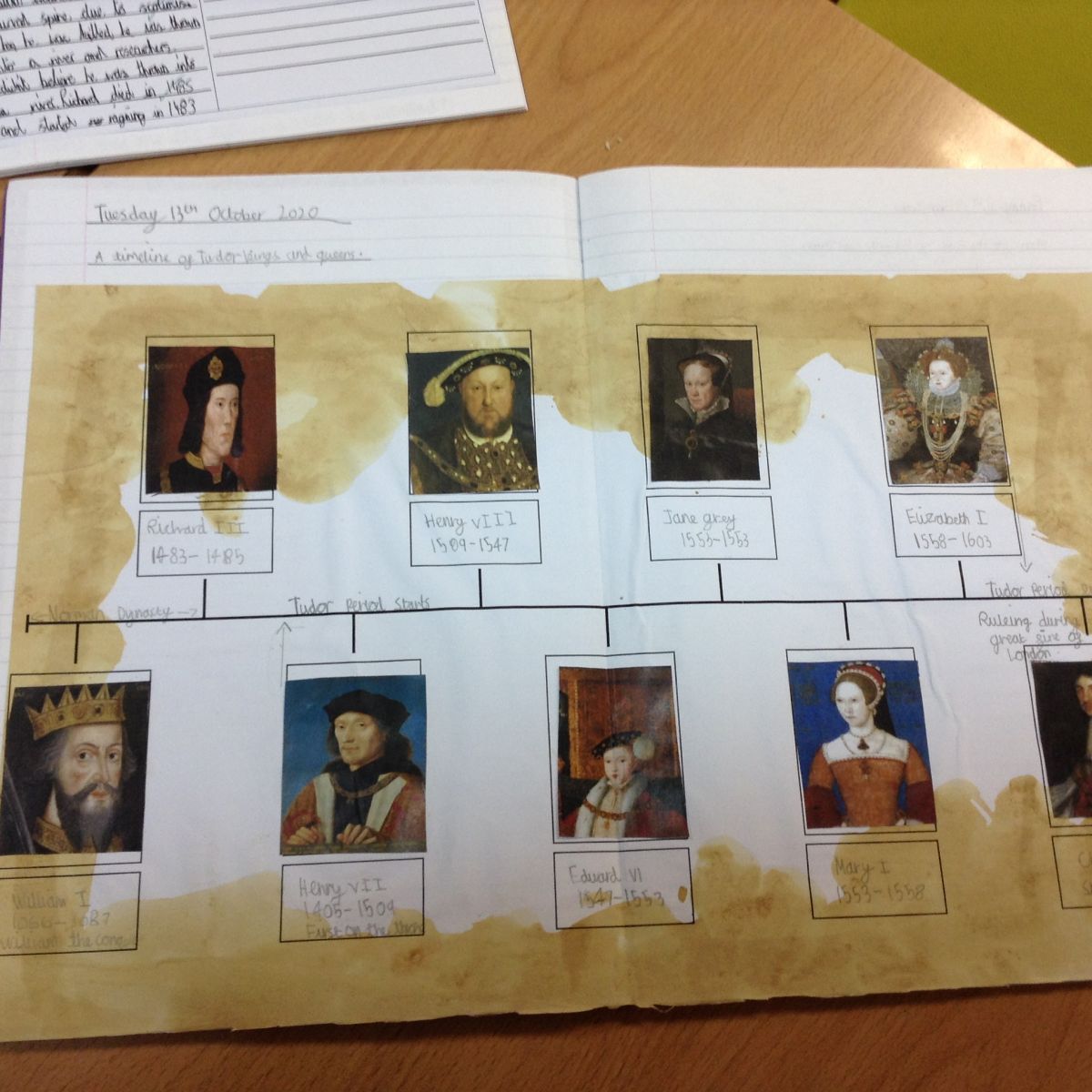 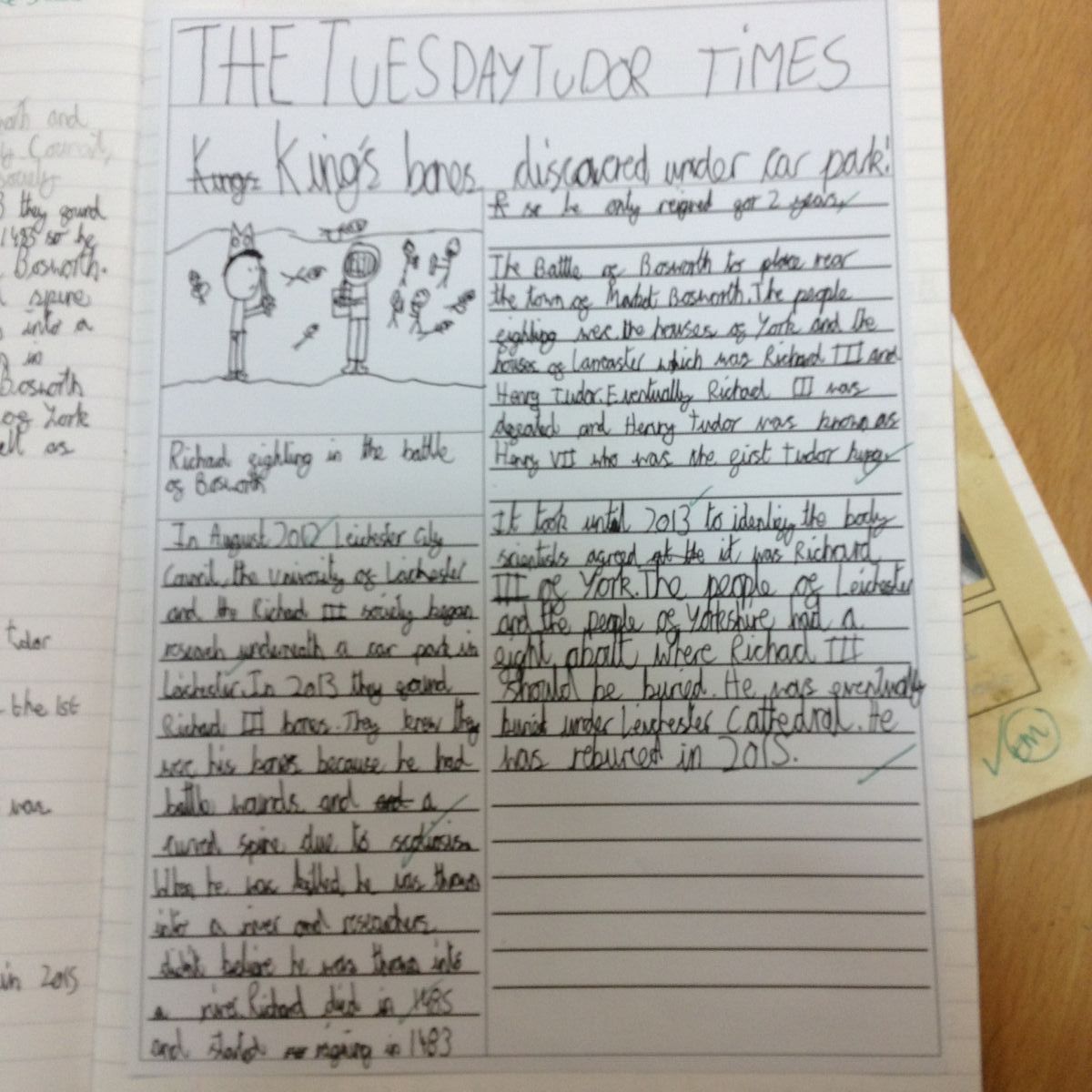 Year 4 wondered how they would advise Henry regarding his first divorce. They also wrote a personal advert on his behalf to help him find a suitable wife.

Year 5 researched what it was like to live in the Vistorian era, especially as a child. They also reflected on the different perceptions of Victoria, considering the reliability of the various sources.

Year 6 have been studying World War 2 and focusing on the factors which caused the conflict to begin. They have learnt about why Hitler and the Nazi party rose to power and the heinous crimes of the holocaust. As well as this, children considered the use of British and German propoganda and how they persusaded people to join the war effort. Some children have great grandparents who lived during this era and brought in some real life arterfacts share with their peers.

They have been exploring the history of their lives and how they have grown up and when they were younger they were babies. This term they have also been looking at Rememberance Day, creating paintings and exploring the represenation of the poppy.

In History, Year 1 explored Seaside holidays in the past. As part of this unit we observed different souvenirs. We sketched them and wrote about where they were from, what they were made from and what they were used for. We also explored New Brighton Now and Then and were very surprised to learn how different and busy it used to be in its heyday!

This term their topic was Port Sunlight and they learnt all about William Hesketh Lever, how he came to build Port Sunlight for his workers and the differences he made to working conditions in the late 19th and early 20th century.  We learnt that the building in Port Sunlight are grade 2 listed meaning that they cannot be changed or destroyed because they are of such historical importance and for that reason, Port Sunlight looks much the same today as it did 100 years ago (minus the outdoor swimming pool).
We also briefly looked at William Hesketh Lever's involvement in the slave trade in Africa and the children decided whether he should be remembered as a good person or a bad person.

This term they have been exploring the Anglo Saxons and the Scots.They have had the opportunity to use artefacts to help build a picture of what Anglo Saxon life would have been like and how different it is from ours. They have also learned how both the Scots and Angles invaded Britain and settled in areas such as Northumbria.

They have been looking at the key events within the Ancient Greeks. They have explored the Greek olympics, the Trojan War and Alexandra the Great.

This term we have discussed Mayan Trade and how the civilisation lasted so long. We carried out our own research using the following questions as a starting point: Why did it become important to trade? What did they trade? Who did they trade with? How far did their goods travel? How did they transport their goods? How were they paid?